This game is your typical stealth action title with a few nuances that give it a unique flair not found in games of a similar genre. One of these is the fact that not only do you have to maneuver Shadwen through guard riddled areas but also the orphan girl Lily who attaches herself to you in the beginning of the game. Although Shadwen has all the skills you’d want in an assassin, Lily does not. Like most kids, she’s pretty useless, and all she can do to get from point A to B is run.

Luckily for Lily, the AI literally give no shits about her. During my play through she ran right past so many guards and none of them gave her a second glance, let alone wonder what the hell a child was doing in this neck of the woods. If guards spotted Shadwen she got brutally maimed and attacked, whilst Lily just looked on like a useless sack of limbs. Kids, right? No wonder she’s an orphan.

Gameplay wise, Shadwen is rather enjoyable, giving you a number of different ways to complete your mission. If you choose to be a pacificist and refrain from killing anybody, you get the “good” ending, however if you have Shadwen hack and slash everything in sight, you get a very different ending. Initially, I tried to preserve Lily’s innocence and handle all my issues diplomatically, but it didn’t take me long before I realised that Lily sucks and I actually don’t care about her at all. It was at that point that the slitting of throats began. Everywhere I went I killed whatever was in my way and watched the orphan girl’s soul become ever darker with each brutal murder. OH WELL.

However if you’re not like me and actually care about the souls of young orphan girls, there are lots of other ways to manoeuvre through the environment. Using your surroundings as an advantage is crucial if you want to remain unseen, and utilising the items around you will diminish the need for violence and get you through the level safely. Smashing crates, sending carts rolling down hills and throwing items at walls will always send guards over to investigate, giving Shadwen the time she needs to slip past without being detected.

On top of these more obvious actions, there’s also a crafting system within the game that enables you to make a range of gadgets to distract guards and keep you out of harms way. There are traps to ensnare them and a number of noise makers and distraction cause to get them out of your face, however like most crafting systems- the good reagents are always the most dangerous to find. Getting the best items will require you to hone your stealth and steal them right out from under the noses of the guards. Unless you wanna get stabby, but that kind of defeats the purpose.

Overall, Shadwen delivers a range of features that breathe new life into the stealth genre, which I thoroughly appreciate. The characters are two-dimensional and the narrative is pretty forced in points, but the gameplay really saves this title. I’d love to see more stealth titles incorporate the gameplay elements Shadwen has so successfully showcased, and I’d definitely be keen to see what else Frozenbyte can do within this genre. 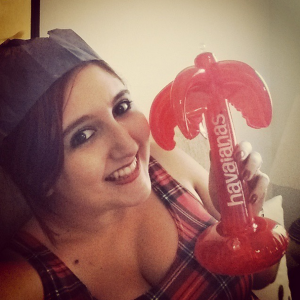 Read More »
PrevPreviousAll aboard! The E3 Hype train is at the station.
NextE3 2016 – EA Press ConferenceNext